Föglö church differs in the exterior from most other Åland churches, depending on an almost total rebuilding around 1860. Today we see a church with a cross shaped plan and neo gothic details, erected in gray granite. Of the medieval church only the tower and the western part of the nave remains.

The original church was a typical Åland archipelago church, with a nave from the 14th century, and a square chancel possibly added later. The west tower was not erected until the beginning of the 16th century. Around the church is an impressive precinct wall of stones, with owner’s marks still intact to mark those who delivered the stone.
A small reliquary cross from the beginning of the 15th century was discovered in archaeological excavations around the high altar. According to a piece of parchment the relics inside the cross belonged to Mary Magdalene. 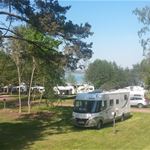 Расстояние: 27,8 км
We offer camping in a beautiful and child-friendly environment with a variety of activities for the whole family. Gröna Udden belongs, with its splendid location in Mariehamn at the beach of the city bay, to the most beautiful locations in the city. The distance to the town center is just a few minutes
Забронировать 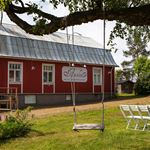 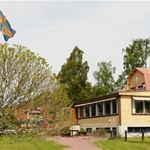