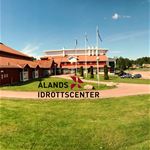 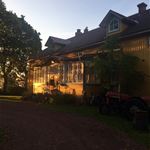 Расстояние: 6 км
Saltvik B&B is located in the old, tradition-filled Husmoderskolan in Åland. An excellent place to stay, especially for families with children and all others, wishing to relax in peace and quiet. You easily reach us by bike, motorcycle or car
Забронировать

Расстояние: 6,9 км
The Kastelholm Gästhem is situated along the old mail Route in the municipality of Sund, just a short distance from the castle of Kastelholm and not more than 700 meters from the Smakbyn restaurant with a “farm shop” and a distillery..
Забронировать
Build: 01.01.2000 0:00:00, Host: online3core19, DB: o3.cbguide-7589.cbischannel-15782.v1 online3data04.db.citybreak.com:8080, Controller: Todo, Action: showdetails